THE NEED FOR ETHICAL UX

By definition, UX, or User Experience, is design tailored to enhance user accessibility and engagement. To do so, designers need to be intimately attuned to the behaviour and psychology of the user.

We are already used to ‘stopping cues’ or ‘active decision-making’; for example when we read a book and get to the end of the chapter, we decide whether to continue or not. However many technologies remove the interval between passive consumption and active decision-making – and the result is an increase in addictive behaviours.

An addictive product releases dopamine; a neurotransmitter which controls the brain’s reward and pleasure centres, regulates movement and manages our emotional responses. When an activity or a behaviour is deemed rewarding, dopamine fires rapidly and we fixate on that activity.

Social media platforms like Facebook and Instagram adopt the principles of addictive UX design. The numerous notifications and interactions that demand our attention are based on the principle of ‘intermittent variable rewards’ which sees user actions followed by a reward such as a like or a message leaving one spending hours on them without realising it.

Companies such as ‘Dopamine Labs’ use AI and neuroscience to assist app developers to turn their apps into addictive behaviours. Their website states: “Your users will crave it. And they’ll crave you”

Ironically, Dopamine Labs have also created an app called ‘Space’, which helps you recognise your addiction and take control of your iPhone. As they explain, “the smartphone has morphed from a productivity tool to an addiction”. 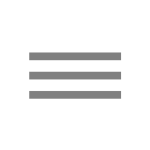